With our workshops, your leadership will discover and understand how to infuse OSHA safety concepts and responsibilities into his or her individual sphere of influence, which eventually will permeate throughout the entire organization. 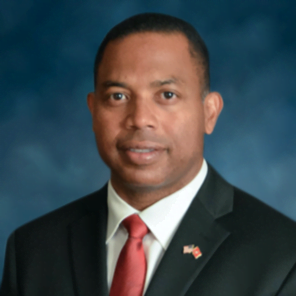 During his 36 years as a Police Officer and United States Marine, Mr. Anderson has had a number of assignments: While serving in the U.S military, he worked on military installations, both on the West Coast and the Pacific Rim, where he had the responsibility for safeguarding installations and sensitive military resources. He attended schools to implement proper responses and protocols to a number of situations. Mr. Anderson, subsequently, applied some of the same strategies from his military service to the work as a police officer.

He was eventually assigned as a School Resource Officer, where he was directed to safeguard the communities most precious resource; children attending the school campuses. In order to do so, he fined-tuned his skill set and became well versed in the implementation of safety procedures and best practices on school campuses. For over one and a half decades he was responsible for formulating strategies and practices to enhance school climate, while establishing protective postures for the protection of all those onsite. He participated as a member of the California School-Law Enforcement Partnership, Terrorist Liaison Officer program, as a safe school presenter, through the Orange County Department of Education, he regularly presented on the implementation of safety standards.

Mr. Anderson’s duties consist of but are not limited to ensuring proper training, coordination, implementing a safety program in accordance with federal, state and local requirements. He has ensure all staff members, parents and students are confident on the measures implemented on campuses and feel the environment instills growth.

Mr. Anderson has participated on a number of panel discussion groups and addressed an array of issues impacting student’s success. After joining the private sector, he has consulted on a number of safety projects, offering his expert testimony and has been a key contributor in the implementation of safety standards. He is highly regarded and respected.

Ready to get started?